Official GunZ The Duel 2018 (North America)
Would you like to react to this message? Create an account in a few clicks or log in to continue.

We're very excited to finally announce the release of GunZ:The last Duel V3! Please come join us! and help improve our community by bringing your closest gaming friends and siblings. Visit us at our official site at http://Gunzduels.com to get started on the game! We hope you all have a wonderful experience being part of our community and enjoy your stay. Best regards Monk.
Search
Gunz Trailer
Latest topics
» Can't register an in game account

Is a martial art based on the four animal styles called Gates. Each Gate represent their own set of strategies and ideas.

Stances: Stances are applications of combat techniques in place of the position. One stance can bloom into many tactics of oppressing the enemy and yourself.

Purpose: To spread knowledge and tradition of Monk Kung Fu to the rest of the Gunz Online world.

Requirements: Computer with no graphic frames per second lag. Internet connection with no lag. Input devices that can execute action keys quickly with ease. Failing to comply one or more of the requirements can affect how you use the styles in combat.

Directions: You can use the default keyboard settings but It's recommended to use settings based on your preferences.


Tortoise Gate of the North
(Defense)

More blocks means better defense. (To verify if you're canceling delays, watch to see if you animation lock in replays)


Phoenix Gate of the South
(Intelligence)

Stance One: (Slash, then Block, continuously)


Tiger Gate of the West
(Agility)

Stance one: (Jump, then Dash, then Slash, then Block continuously) Dashes become silent when used correctly.

For both land and aerial combat.
- More animation freeze in air -

Dragon Gate of the East
(Offense)

Stance One: (Repeatedly(Jump, then Slash, then Block) continuously)

The accuracy of "Dragon Gate" does not require for you to have 3 slash blocks per each jump (that's TBF) or any X's anyone's referring to, these are misunderstandings and false terms created by players who's influenced to M-styles in youtube etc. which results to amount, ignore the invalid terms.

"Limits" of Dragon doesn't specifically mean absolute limit, but the limits of the player attempting to keep Dragon Gate open within your abilities and capability to apply it during combat while canceling delays between Jump, Slash, Block. Without having to worry about certain numbers per each attempt.

hey its DivineAngeIz the one you talked to in the game, ima try to learn Dragon but idk where the training part is

Prison map, is originally where I developed M-style ( Four Divine Gates ) concept from in 2006, Visit Monk or Monk clan members for more information. There are new disciples among the clan ask them to direct you to more experienced descendants clan members regarding the techniques at Aeria Gunz. 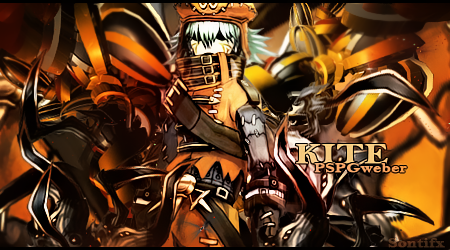 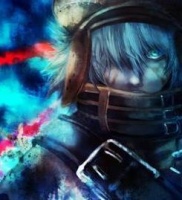 Thx for the explanation.
i came here to Monk Gunz because i wanted to learn and get the discipline of a m-style player. 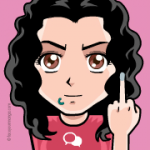 I need to say this, i always thought Monk style being the best style out there and I played since beta but not active as i should think i should be... but i loved this post and I don't know if it  was M2O or not... but Monk is ADM of guns the duel? now thats great ! the feeling of trascending is what i see.. .dayum this guide is great and Monk is the best style i idealized... And knowing monk is the  M2O gunz owner is amazing feeling ... Your guide helped  me when i was younger to defeat my opponents and to achieve success in Gunz where K-Style players dominated me... This is awesome! I may try M2O for a good time to see if i can manage my skills back ^_^