Official GunZ The Duel 2018 (North America)
Would you like to react to this message? Create an account in a few clicks or log in to continue.

We're very excited to finally announce the release of GunZ:The last Duel V3! Please come join us! and help improve our community by bringing your closest gaming friends and siblings. Visit us at our official site at http://Gunzduels.com to get started on the game! We hope you all have a wonderful experience being part of our community and enjoy your stay. Best regards Monk.
Search
Gunz Trailer
Latest topics
» Can't register an in game account

Introduction
Monk Style (M-Style) is a set of techniques and moves within Korean Style that uses a concept to go beyond limits to perfect sword techniques to conquer everyone without cheating software/hardware. Monk Style is not a style because there is more to it and can never be complete. In fact Styles do not exist only if you want them to be.

Directions: M-Style is Unique because it uses at least two equal keys. You will have to modify the keyboard settings to perform these techniques to its peak. However, it will take time to get used to these modifications. You do not have to use these modifications on your keyboard; I strongly encourage you to play with the keyboard and mouse settings to your preferences.

Requirements: A fast gaming computer with a good graphic card that allows high frame rates. It is extremely difficult to perform Monk techniques with frame per second lag. A sensitive keyboard and mouse that allows you to click and type quickly with ease. It is also recommended to have a mouse that supports four buttons or more so you can set each of your commands on GunZ options, such as two Attack buttons on mouse.

The Dragon Gate is a very powerful weapon, it is full offense and brute strength.
Stance One
Do not time it one Slash>Block combo at a time. Do the Key-Press combo at least six times. According to the following Key Setting:

You can also do 6 Finger Taps for each finger which mean 12 Key-Presses in one jump.

You should see three Slashes and Blocks per Jump. Record a replay and you will see Animation Freezes from your character. Another method Monk likes to explain it as would be to spam the Attack buttons as many times you can continuously while hitting the Block buttons accurately to register a slash.

Stance Two
Stance Two is basically a messed up version of Stance One. Instead of Slashing three times per jump, you would end up Slashing only twice, which concludes something like this: Jump>Slash>Block>Slash>Block>Block
How to use Dragon Gate Effectively and Efficiently
I personally use two forward buttons; one for doing regular K-Style sword moves and one for Dragon Gate. Take advantage of your Key Configurations. The game limits us to TWO keys for each Command, but most people limit themselves to only ONE.

"Do not limit yourself. Go beyond limits." - Monk
Instead of thinking that Dragon Gate is useless in combat due to "lack of mobility", try thinking about combining it with Movement. Uneducated players would assume that Dragon Gate is all about "just standing still and doing Static Triple Butterfly".

Other than doing it just standing still, you can press a Directional command and use it's momentum(I move Forward/Backward with my mouse). Use the momentum of Single Butterfly Steps as well. Direct your movements with full control and do Ground Slash and Sky Block in necessary situations.

Only stand still while doing Dragon Gate when your opponent is standing at a corner or in small, cramped up areas where your opponent lacks space. If you do it while standing still in open areas, you will be vulnerable to "tapping", meaning people can tap you to make you Massive and then use that delay to attack you.

This Gate is all about defending oneself to the fullest as well to counter attack.

Before anything, master the blocking technique while standing still.

Stand still and tap your block button(s) as fast as you can and watch the animation of your sword. Key-press timing with only three taps of the Block button is possible, but I do not suggest it. It would be easier if you use two Block Buttons.

While using one finger for each key, press...

In the end, each of your fingers will only press three times or more if desired. Another method would just be pressing one Block Button, but you would have to tap the same button six times, which is harder. This is the same if you were to do Turtle Gate while jumping.

Your sword should not be in big movements(This is easy, but slow, inefficient and incorrect).
Instead, try to make the movements small(Timing with three taps is possible).

Record a replay of yourself and watch your sword carefully. It might not have an Animation Freeze at first, but you should eventually see your sword "freeze" for maybe even just a split second.

When you are idle, your character's right arm is neutral and will slightly move back and fourth.
When you do the blocking exercise, your character's arm and sword will freeze and stiff up into an extended position. The tip of the sword should also be vibrating. (In replays)

Once achieved, you've successfully done the technique. Practice this technique until you can make it constant with very little to no breaks in between.

Make sure you have a comfortable set of keys so you can quickly switch from your normal hand position to the Monk Style techniques hand position once you master the technique, but for the sake of experimentation, you can set it to wherever desired for now. Create a preference.
Stance One
Steps: Jump>Block>Block>Block

Once you have mastered the Turtle Gate while standing still, try to add in the jump. When you jump, make sure you do not pause in between each jump. Let it flow with no delay. While in the air, watch your character's arm and make sure it Blocks three times per jump. Practice this technique until you can continue the animation freeze.
It would be easier if you use two Block buttons as stated before. This means you are actually attempting six Blocks rather than three, but instead you are really only doing just three Block animations.

Baekho means white tiger, it represents agility and dexterity. Which means that one must type keys quickly and accurate.

This Gate is mainly used for aerial sword fighting. It is as simple as:

Double Command buttons can make it faster, but Single keys are perfectly fine, but should be done in fast motions. (??If done correctly, your character should be tripping over the floor due to the speed if you're doing it on the ground??)

This Gate is about intelligence that one must be intelligent and flexible with perfection. There are about two techniques in Phoenix Gate; single and double slash. In this Gate, you must rely on perfect timing to achieve full speed, if not, you are not doing Phoenix Gate.
Stance One
Steps: Slash>Block(Ground Butterfly) Do not cancel the Slash too fast or you will lose the hit. Sometimes allowing a little delay in between two steps is better. Practice until you can do it FAST. You can also do it while pressing Forward or do a Dash>Slash>Block combination.
Stance Two
Steps: Slash>Slash>Block Slash and then wait a little before doing the second Slash. Immediately after the second Slash, Block.

Or you can do the opposite way, which is to tap Slash really fast, wait for the delay and then block.

Walking and Dashing
In between each repetition of the combos, you can add in a Dash, or just press a Directional Button while doing Phoenix Gate.
_________________ 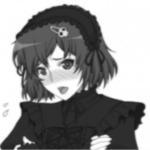 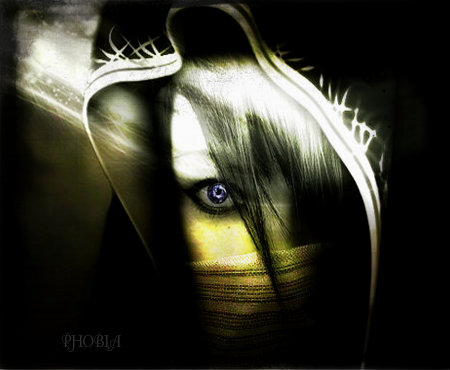 Jianyu wrote:ya this is the old guide, there was one before this that I can't re-find. It's somewhere on this dumb old harddrive.

I convinced SenseofTouch to post this guide, he was rather influenced in to learning M-Style when he was freshman from me during middle of 2007. I'll mention few other old players who also mastered the techniques at very first to learn that comes to my mind.

Monk style has been populated all over ijji Gunz servers to world wide servers has been proven worthy enough to surpass K-Style. I don't play any other Private Servers please ignore any false impersonation claims.

(I no longer have the character named Monk in ijji GunZ)

Reason? Banned by GM_Sking after being falsely accused of hacking. In 2011 NHN usa community staff's has decided to reset any accounts which has been temprory inactive for long periods of time and few banned accounts. Player named Mazerin got hold of it he will not return it to me makes up excuses and spreads lies. Which is no longer my concern.

I'll post new guide by me pretty soon which has my theories concepts and methods.


I will be including following training spots for each individual techniques maps and replays.
Old replays containing how M-style was developed as of 2006 with old players in it and how it is still being used occasionally. 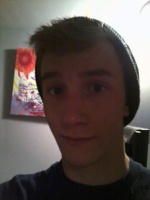 When will the new guide come out?

Phit wrote:When will the new guide come out?

Phit wrote:When will the new guide come out?


the guide for monk style is simple and there

lmfao someone had to edit that

Well Monk did say that a new one was in progress

There doesn't need to be a new guide, but some revisions would definitely be nice. IMO this guide limits a players speed. When I used this guide to learn m -style I was limited to dngx1 (Tbf>Dbf). After studying the effects that your fps has on the game and different things like that I was able to achieve Dngx4 (Tbf>Tbf>Tbf>Tbf>Dbf), which is the absolute limit for speed. There's also tons of glitches that allow for moves like qbf, infinite dashing, and ground vengeance.

The accuracy of "Dragon" does not require for you to have 3 slash blocks per each jump or any X's that you're referring to which equals resulting amount. That term is invalid, please try not to change my concept. "Limits" of Dragon doesn't specifically mean absolute limit, but the limits of the player attempting to keep Dragon open. Within your abilities and capability to let it happen for as long as possible as much as possible wile canceling delays between Jump, Slash, Block. Without having to worry about certain numbers per each attempt.
_________________
Gunz Online The Last Duel

jetman82 wrote:There doesn't need to be a new guide, but some revisions would definitely be nice. IMO this guide limits a players speed. When I used this guide to learn m -style I was limited to dngx1 (Tbf>Dbf). After studying the effects that your fps has on the game and different things like that I was able to achieve Dngx4 (Tbf>Tbf>Tbf>Tbf>Dbf), which is the absolute limit for speed. There's also tons of glitches that allow for moves like qbf, infinite dashing, and ground vengeance.

idk i see more then 4x being possiable tho . the speed of the slashes would matter. u would have to hit them at the absolute limit. but because u can tbf based on speed . and not timeing. applying both together is why i think more then 4x is possible .
_________________

Monk wrote:Don't call it DNGx call it something in your terms thanks.

Mmkay monk I'll call it tbfx4, even tho it's closely related to dng. Tbfx5 can't be done, because like you said awaresense, it is speed and timing. Slash at the absolute limit, and you miss the 3rd slash. I'll keep experimenting, but if I havent achieved it within the week, I'll deem it impossible to perform.